Build your own creations 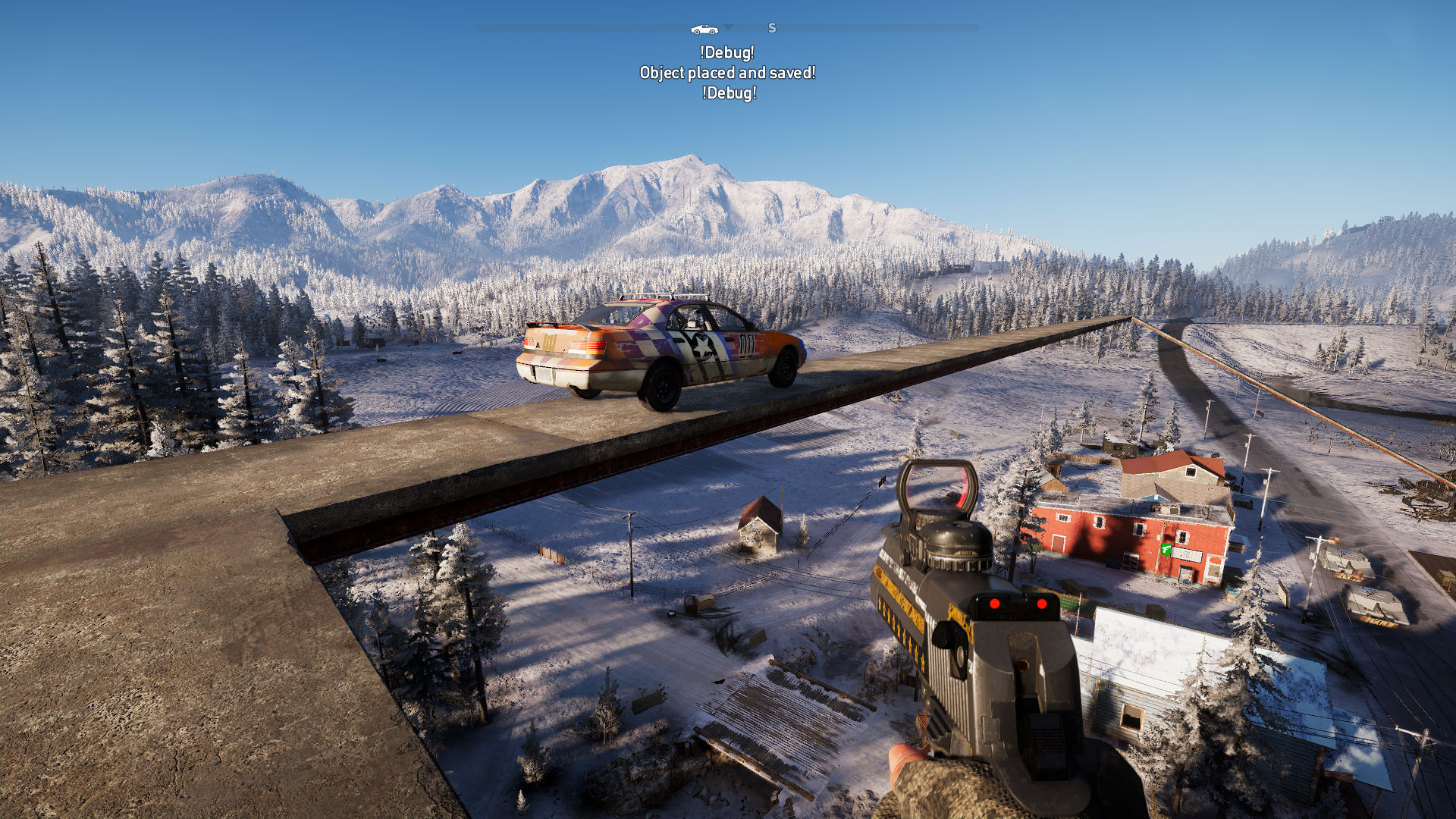 Sandbox mod for FC5 and ND is pack of tools which can help you create your own creations in the game. You can place new objects, you can also use groups from editor (more below). Result you can use as package.

First install package "Sandbox". The Sandbox mod uses all keys on numpad and all F keys.

You need to add objects which you will want to use. Create new file EditorObjects.txt with defined archetype IDs of objects. Place the file to game dir root. Every ID on new line.

Now you're ready to use the Sandbox in the game. Here are basic keybindings:

Here are keybindings for manipulating the object:

To create an object you need to add one or more archetypes ID.
Once you get an ID, create a file EditorObjects.txt and place it to game dir root.
Put every ID on new line.

You can load grouped objects from editor, you can get them on https://fallen.ninja/farcry5/items
Note: some groups can't be loaded fully because some objects in the editor aren't available in base game. This needs more work with porting objects from editor to base game.
To convert fallen ninja groups for Sandbox, simply drag and drop the downloaded file with group over Sandbox2Package.exe.

Every placed object is automatically saved to a file Editor.txt.
If you want to load your creation, hit F6. Currently placed objects will not be removed, so it means if you hit F6 more times, it will create new object and it can overlap previous one.

You can use your own scripts. Create a new file EditorScript.lua and place the file to game dir root.
You can use any script command, but not those which requires script entity instance.

Convert creation to a group

If you want to use your creation in normal gameplay, you can convert it to a package and install it using Mod Installer.
To do such thing, simply drag and drop the Editor.txt over the Sandbox2Package.exe. It will create a package.